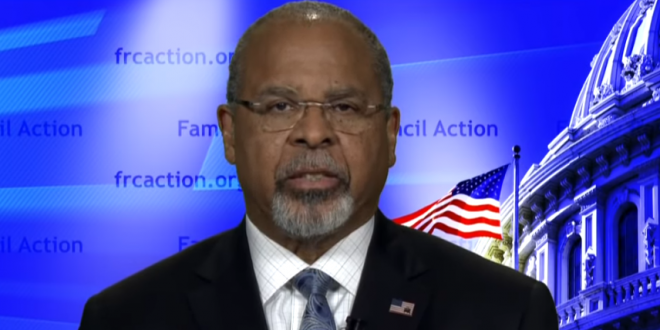 “Traditionally, the Electoral College result happens to be the point by which we have started to refer to the winner as the president-elect.  But technically, Joe Biden is not the president-elect because seven states are sending competing slates of electors to the Congress, via the archivist.

“Maria, we already know that there will be one senator and one member of the house that will challenge these slates coming from the Electoral College. That means that that has to be vetted out, that means that the clock didn’t stop on Monday of this week.

“The clock is still running — a shorter runway, the time is running out — but there’s still time on the clock to really push this through.” – Family Research Council senior fellow and former Ohio secretary of state Ken Blackwell, today on Maria Bartiromo’s Fox Business show.

RELATED: As longtime JMG readers will know, I’ve been reporting on Blackwell’s work with the FRC for many years. In 2014, he blamed a mass shooting in California on same-sex marriage.

In 2011, he claimed that President Obama was “giving true marriage the same ‘respect’ he showed to the body of Osama bin Laden – a hasty burial at sea after summarily being put to death.”

And in 2009, he told journalist Michelangelo Signorile that gays suffer from a “compulsion to be homosexuals.”