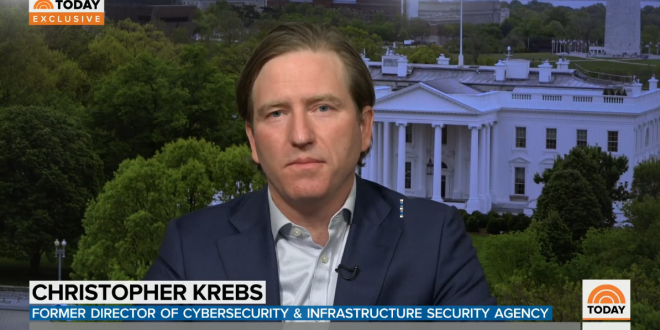 The former top U.S. cybersecurity official responsible for securing November’s presidential election sued the Trump campaign and one of its lawyers for defamation Tuesday, asserting that they conspired to falsely claim the election was stolen, attack dissenting Republicans and fraudulently reap political donations.

Christopher Krebs, who was fired Nov. 17 by President Trump after he refuted the president’s claims of widespread election fraud, singled out comments made almost two weeks later by attorney Joseph diGenova, who said Krebs should face the same punishment inflicted on those convicted of treason because he had asserted that the 2020 election was the most secure in history.

Read the full article. Late last month during an appearance on Newsmax, diGenova said that Krebs should be “taken out and shot.”