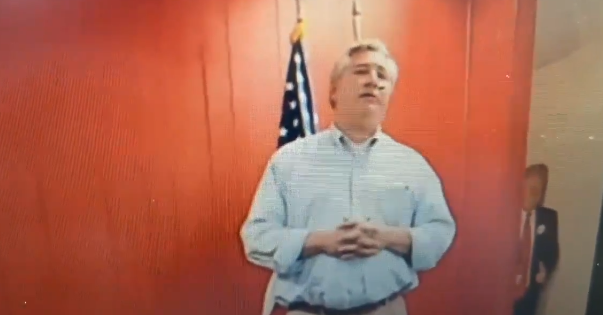 A Florida attorney is at the center of a new state investigation after elections officials say he recently attempted to register to vote in Georgia and instructed other Florida Republicans on how to do it. Bill Price is seen in a now-deleted Facebook Live video, speaking to the Bay County GOP members in Florida on Nov. 7th. It was about half an hour after the election was called for the Joe Biden-Kamala Harris ticket.

Price told the group he’s moving to his brother’s address in Hiram, Georgia in order to register to vote in the January runoff. He repeats and spells and his brother’s name and address, as members of the group jot it down. They can be heard mumbling the address in the background while some write. “We can truly register at that address?” one woman asks. “Sure,” Price answers, adding they have to plan to show a move, suggesting they have mail sent there.

“If that means changing your address for the next two months,so be it.I’m doing that. I’m moving to Georgia.”Our 6 investigation reveals deleted video-a FL attorney telling GOP members how to move to GA,vote in runoffs. It’s illegal.There’s more,& an investigation @wsbtv #gapol pic.twitter.com/or2PgWQrT1