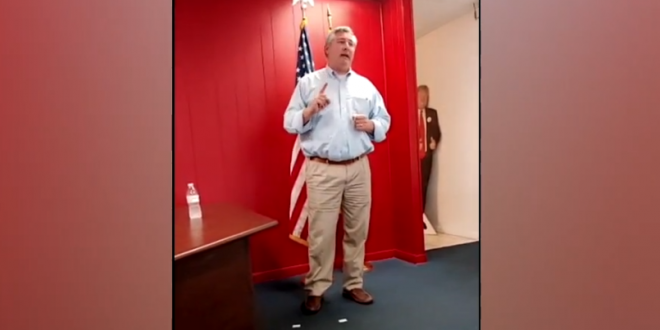 A Florida attorney is at the center of a new state investigation after elections officials say he recently attempted to register to vote in Georgia and instructed other Florida Republicans on how to do it. Bill Price is seen in a now-deleted Facebook Live video, speaking to the Bay County GOP members in Florida on Nov. 7th. It was about half an hour after the election was called for the Joe Biden-Kamala Harris ticket.

When Carr reached Price by email Tuesday evening, he denied he was serious about the move. “Thanks for reaching out. I did not change my voter registration and I don’t have 2 million roommates,” Price wrote, referencing a joke he’d told at one point during the talk about having millions join him in Georgia. But Channel 2 confirmed Price registered to vote the day after he made the speech, using his brother’s Hiram address and swearing to an affidavit that he was a Georgia resident and eligible to vote.

Read the full article. My original report is here. Georgia Secretary of State Brad Raffensperger says he is investigating and that Price may be prosecuted.

The Florida lawyer said he was joking and that he wouldn’t actually register to vote in Georgia.

But the reporter checked, and he actually did. pic.twitter.com/7etlo1WDj1