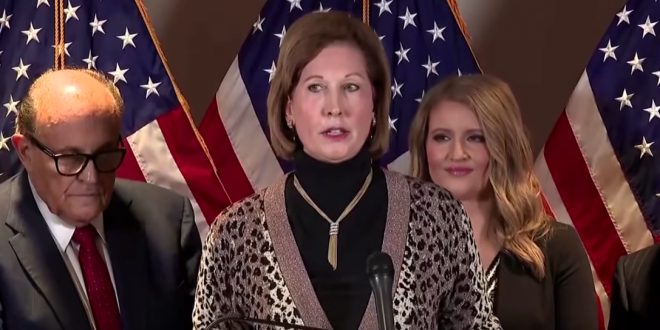 The ruling in Georgia by Judge Timothy Batten Sr. came less than 90 minutes into a hearing in Atlanta federal court, where Powell had claimed that Trump was the victim of massive ballot fraud related to Georgia’s use of Dominion voting machines.

Batten did not rule on the merits of Powell’s claim, which were made on behalf of a slate of would-be Trump electors in the Electoral College. Instead, the judge granted motions to dismiss the lawsuit on the grounds that the suit did not belong in federal court.

Batten was appointed by Bush II.

Previous Megachurch Pastor: The Vaccine Will Alter Your DNA, “Believe In The Blood Of Jesus And Divine Immunity”
Next Ivanka Posts Photo Of Trump Before Mount Rushmore