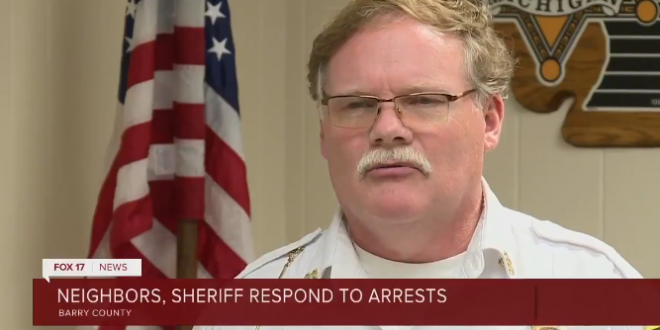 Michigan’s most infamous sheriff can now add another bullet point to his résumé: losing an election lawsuit in federal court. Barry County Sheriff Dar Leaf gained nationwide notoriety in early October when he defended one of the men who allegedly conspired to kidnap Michigan Governor Gretchen Whitmer (D) over her stay-at-home order and other efforts aimed at protecting the health of the Wolverine State amidst the coronavirus (COVID-19) pandemic.

On Sunday, Leaf became the lead plaintiff in a federal lawsuit aimed at stopping Michigan election authorities from implementing a proposed document destruction schedule for various materials used in and compiled during the 2020 election. On Tuesday evening, the U.S. District Court for the Eastern District of Michigan denied that request based on the notion that the original complaint failed to comply with the Federal Rules of Civil Procedure. Or, in other words, because the lawyering was apparently not up to par.

Trump and his allies are now 1-51 in post-election litigation.https://t.co/dsVhftaQtF