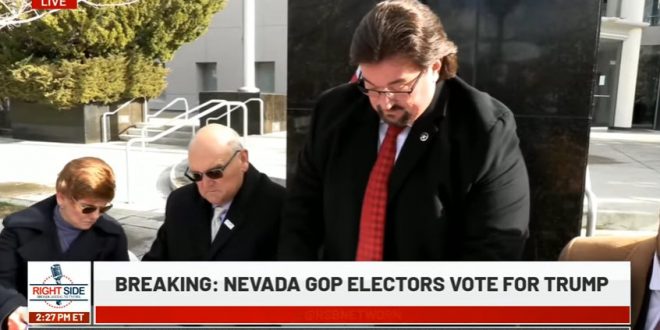 In a video from the Right Side Broadcasting Network, Republican electors said they plan to send the certifications from their reenactment to Washington, D.C. State by state today, electors have cast their votes, sealed them and are sending them to Washington, D.C., to be opened prior to the Jan. 20 inauguration.

As you’ll see in the clip, the fake electors respectfully take off their MAGA hats before praying. Note how officiously they perform for the camera as they “cast” their fake votes. The video has nearly 900,000 views at this writing.