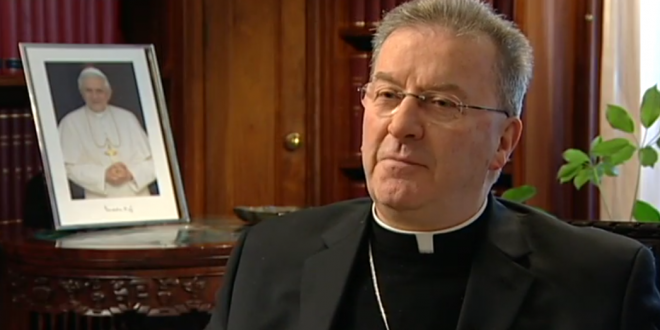 A Paris court on Wednesday convicted a former Vatican ambassador to France of sexually assaulting five men in 2018 and 2019, and handed him a suspended 8-month prison sentence.

Retired Archbishop Luigi Ventura, 76 — who was not present in court — was “shattered” by the verdict, according to his lawyer, Solange Doumic. Ventura has repeatedly denied wrongdoing. S

exual assault is punishable in France by up to five years’ imprisonment and fines in France. The path for the prosecution of Ventura was cleared after the Vatican lifted his immunity in July 2019.