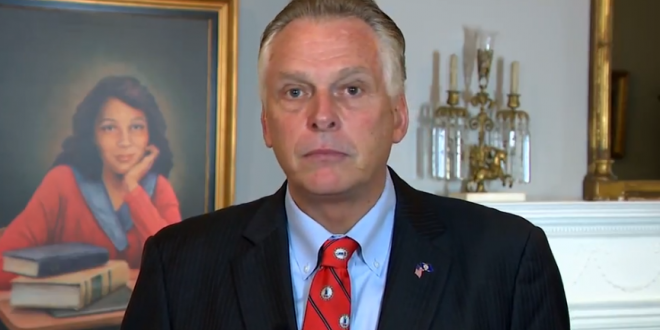 Former Virginia Governor Terry McAuliffe will announce Wednesday morning that he will run again for his former seat, according to aides involved in his emerging campaign.

McAuliffe, who entertained a run for president in 2020, is up against three other Democrats, all of whom are Black: current Lt. Governor Justin Fairfax, state senator Jennifer McClellan and former Del. Jennifer Carroll Foy. Either McCllellan or Foy, if elected, would be the nation’s first Black woman governor.

Virginia’s gubernatorial race has long been an early bellwether test for both parties ahead of the next midterm elections since it takes place in an otherwise off-year for elective politics.

Terry McAuliffe, the former governor of Virginia, will enter the contest for his old job on Wednesday, according to a person familiar with his plans, joining an already crowded Democratic primary.https://t.co/Z6X4Qg5fUl