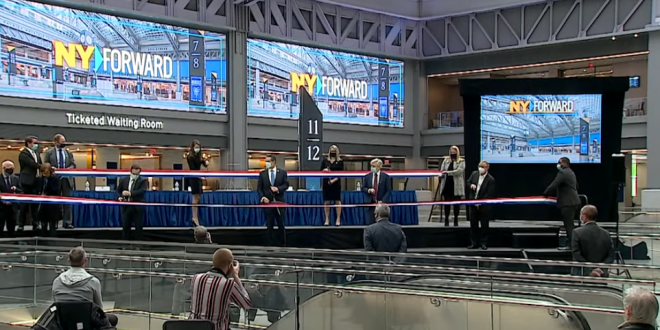 “This is a work of art that we don’t build anymore. It’s too breathtaking and ambitious to ask, ‘Can we really do that?’ Many doubters said it was too bold and audacious but we said we could,” Cuomo said at the ceremony. “This is a great public work. A different kind of statement that says we understand and appreciate the significance of public works.”

Read the full article. My earlier report on the station is here.