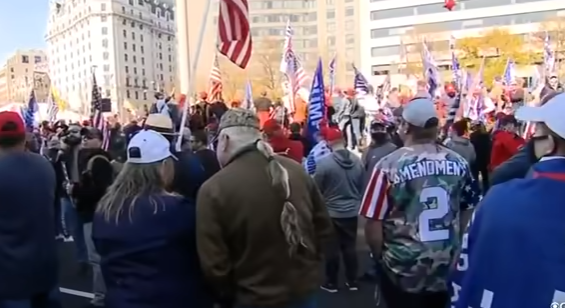 D.C. police announced this week they will close streets in parts of downtown Washington on Saturday amid planned demonstrations in support of President Trump’s efforts to overturn the results of the election.

The street closures will go into effect about 6 a.m. Saturday and will be enforced through the end of the day, police said. Parking will be prohibited along some nearby streets. Police warned some streets might also be closed at times on Friday.

The first rally is scheduled to begin at 9 a.m. at the Capitol. The largest is expected to begin at noon at Freedom Plaza, led by a group called Women for America First.

The last march drew around 50,000 attendees, but the White House declared that over one million had attended. Later that night roving bands of Proud Boys and other right wing extremists engaged in violent street clashes with counter-protesters.