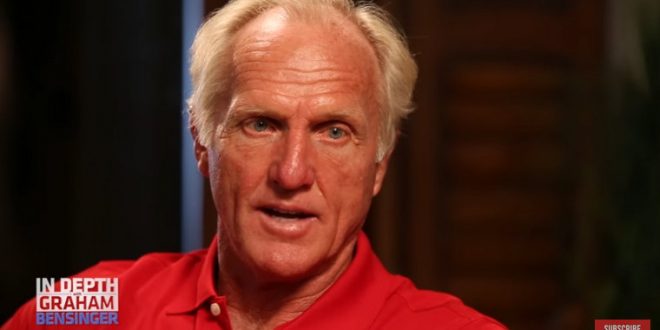 Golf Hall of Famer Greg Norman shared photos on social media Friday suggesting he has been hospitalized with COVID-19.

The 65-year-old Australian posted a video on Instagram on Thursday night saying he was experiencing coronavirus symptoms, then posted photos Friday showing himself in a hospital bed.

“This sums it all up,” he wrote. “My Christmas Day.” Norman’s son, Greg Norman Jr., also said on social media that he and his wife, Michelle, have tested positive.

‘The Great White Shark’ said Trump has “the Stars and Stripes running pure through his veins” as he goes about “re-establishing that America is the leader of the free world protecting the freedom and democracy of all”.

Norman penned an open letter to US publication Newsweek last year in support of Trump after he became President-elect, saying he was confident his friend would not let anyone down.

Just watched @SharkGregNorman on @foxandfriends. Said “President is doing a great job. All over the world, people want to come back to the U.S.” Thank you Greg, and you’re looking and doing great!