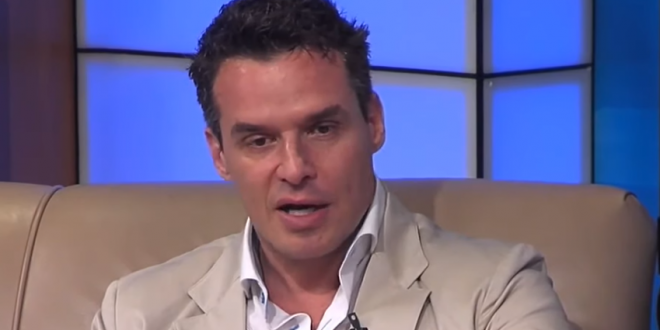 From Glenn Beck’s The Blaze:

Antonio Sabato Jr. — an American actor who was blacklisted by Hollywood over his support for President Trump — is teaming up with other conservative entertainment figures to launch a pro-America film studio and make movies that “support our country.”

The 48-year-old actor detailed the launch of ConFlix Studios, saying that conservatives in America have been “eagerly waiting” for entertainment that celebrates the country, rather than denigrates it.

An American actor. Because his name sounds like a dirty foreigner. We can hardly wait to not watch.

Sabato regularly claims that Obama is secretly Muslim. He currently works in construction in Florida after leaving California due to its “progressive policies.”