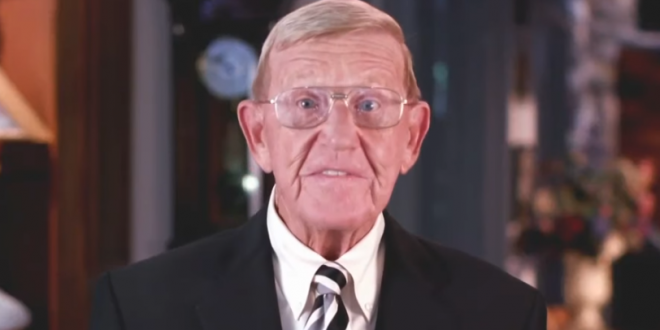 Cultist Ex-Football Coach To Get Medal Of Freedom

Trump announced he would award Holtz the Presidential Medal of Freedom, when the national championship-winning coach joined him in October in Pennsylvania for a campaign event. Holtz has also been an occasional guest at the White House, dropping in on press briefings and official events, and spoke at the 2020 Republican National Convention.

Holtz, who also coached the New York Jets, drew criticism for labeling Joe Biden and other politicians who support abortion rights as “Catholics in name only” during his convention speech.