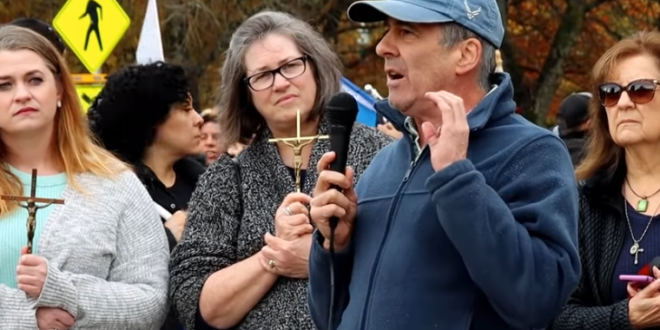 The Oregon Medical Board suspended the license of an Oregon doctor who said he refuses to wear a mask in his clinic while also encouraging others to not wear masks. Dr. Steven LaTulippe told a pro-Trump rally in November that neither he nor his staff wears a mask while working in their Dallas, Ore. clinic.

His anti-mask comments came during a “Stop the Steal” election rally in Salem on Nov. 7. The video was posted by the Multnomah County Republican Party. “I and my staff, none of us, not once, wore a mask in my clinic,” LaTulippe said at the rally. He also encouraged others to not wear a mask, saying people should “take off the mask of shame.”

Previous Michigan Pastor: Get COVID And “Get It Over With”
Next Trump Attacks Georgia Republicans Ahead Of Rally