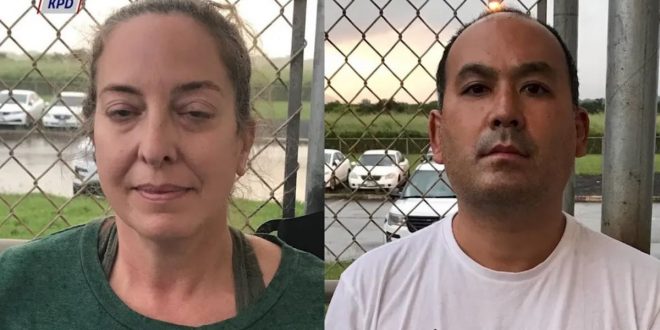 A Hawaii couple were arrested after they boarded a flight knowing they had tested positive for the coronavirus, Hawaii police said Wednesday. Wesley Moribe, 41, and Courtney Paterson, 46, of Wailua, Hawaii, face charges of “reckless endangering” after they put fellow passengers “in danger of death,” according to a statement from the Kauai Police Department.

Moribe and Paterson, who were traveling with a 4-year-old child, were scheduled to fly from San Francisco to Lihue on Sunday. Once they arrived at San Francisco International Airport, the airport’s quarantine station instructed them to refrain from boarding their United Airlines flight and quarantine themselves. Moribe and Paterson defied those instructions and boarded their flight anyway, Kauai police said.