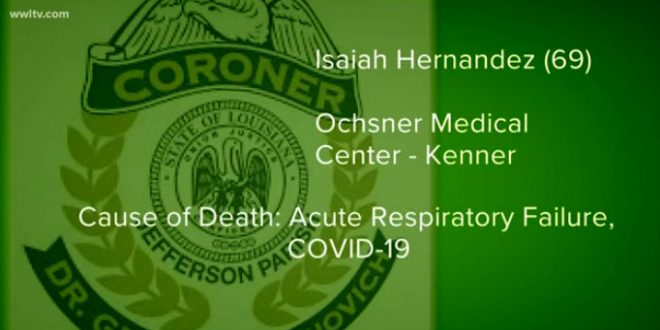 A United Airlines passenger who collapsed on a flight from Orlando to Los Angeles died of the coronavirus, a coroner’s report confirms. United Flight 591 was diverted to New Orleans on Dec. 14.

The airline said the man’s wife was overheard telling an emergency medical technician that he had shown symptoms of COVID-19, including loss of taste and smell.

A spokesperson for the Jefferson Parish Coroner’s Office in Louisiana confirmed Tuesday that the cause of death for passenger Isaias Hernandez, 69, was acute respiratory failure secondary to COVID-19.