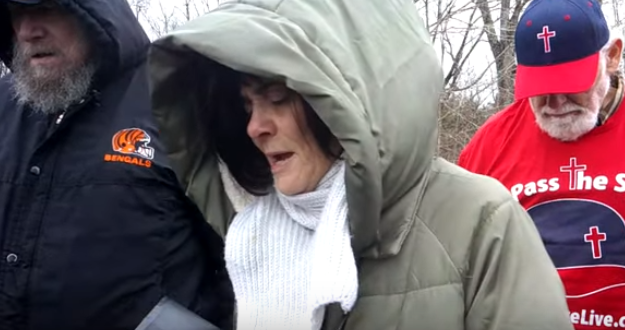 Deputies were called Sunday when a Christian prayer group and Native Americans faced off Sunday at the Great Serpent Mound, the Native American national historic site in southern Ohio.

The Native American leader who was there says they were trying to protect a sacred site that belonged to their ancestors. The leader of the prayer group says the mound is a place where dark energy is released into the world.

Dave Daubenmire leads Pass the Salt Ministries out of Hebron, Ohio, about a two-hour drive from the snake-shaped mound which could have been built as long ago as 320 BC.

It led to a confrontation between the (mostly maskless) Christians and Philip Yenyo of the American Indian Movement of Ohio, who felt obligated to defend the space when he heard Daubenmire’s group was planning to go there.

Yenyo said it was no different than if his group decided to perform a religious ceremony in Daubenmire’s church: You don’t desecrate someone else’s sacred space.

As some of you may have realized, this is the same nutbag Dave Daubenmire who has appeared here many times for his ugly anti-LGBTQ actions. Below is his group’s own video. Check out their title.