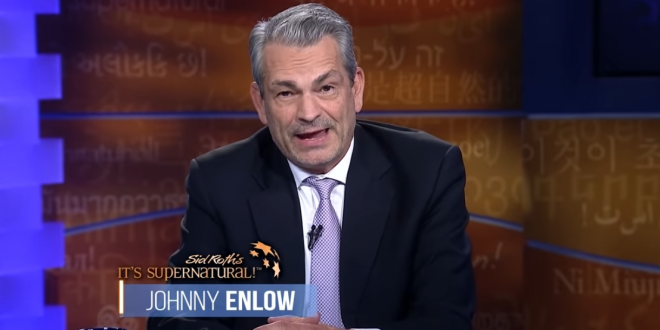 Christian Activist: God Told Me Trump Got 88 Million Votes And Won 45 States, It Was A “Sting Operation”

According to (Johnny) Enlow, the Trump campaign did not want to win the presidential election outright because that would have foiled its plans to expose the widespread fraud. And Enlow knows this, he claims, because God told it to him.

“It was a sting operation,” Enlow said. “They knew [the Democrats] had to cheat, and they knew they had to cheat a lot.  “Until we see at least 88 million votes show up for Trump and 45 states, it will not have been [legitimate],” Enlow added.

“I don’t know why the Lord gave me two sets of numbers, but he just says, ‘You’re not even seeing close to the truth unless you see at least 88 million.’ And so here’s the big news: California and New York both went red.

Read the full article. According to Enlow, God told him Trump got at least as many votes as he has Twitter followers.