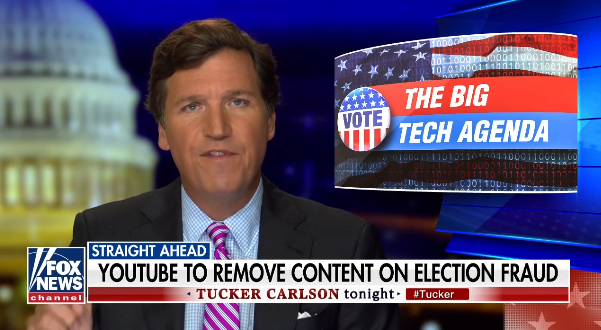 “They would cause harm to YouTube’s reputation and Google’s reputation, much deserved. We need to break this company up like immediately.

“But YouTube does go on to boast that its censorship campaign has already been underway for some time: ‘Since September, we’ve terminated over 8,000 channels.’

“They use the word terminated, by the way. That’s not creepy or anything.  What in the world is going on here?

“Ask rational questions and you reach a dead end because there are no rational answers. This is just flat out totalitarian control over the population.” – Tucker Carlson, last night.