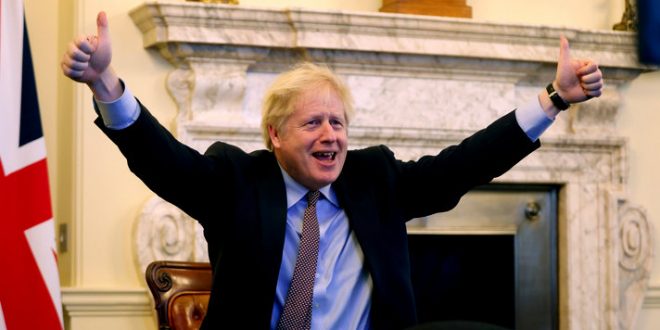 Boris Johnson has confirmed that UK and EU negotiators have finally agreed a Brexit trade deal, just eight days before the transition period was due to end – in a historic move for Britain.

It follows a press conference given by EU Commission president Ursula von der Leyen and former chief negotiator Michel Barnier just moments ago in which they confirmed a deal was done, and that it is now time “to leave Brexit behind us”.

The eleventh-hour agreement, which only emerged after a litany of missed deadlines, represents the largest trade deal ever signed by either side, retaining existing zero-tariff arrangements on imports and exports totaling around £668bn a year.

‘For the first time since 1973 we will be an independent coastal state with full control of our fishing waters.’

Prime Minister Boris Johnson is in a triumphant mood as he outlines the post-Brexit trade dealhttps://t.co/tCRE0Bbtfh pic.twitter.com/TByUozen5m

So @BorisJohnson says that the deal he has negotiation will “if anything” allow UK businesses to do “even more” trade with the European Union.

I think fair to say that is an optimistic view of where industry sees it. #Brexit

The deal is done. pic.twitter.com/zzhvxOSeWz