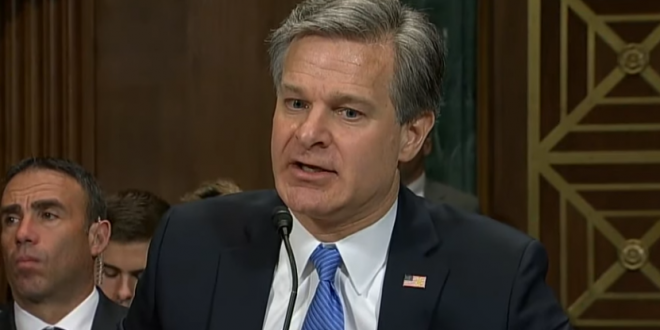 President-elect Joseph Biden reportedly plans to keep Christopher Wray as his FBI chief if Wray is still in the top post by the time the Biden administration begins. A senior Biden official told The New York Times that Biden’s team was “not removing the F.B.I. director unless Trump fired him.”

Such a decision by Biden would be a return to the norm practiced by previous administrations. Generally, FBI directors, who are Senate-confirmed, are able to serve their full 10-year terms. Security experts have argued that doing so helps to create a sense of stability in the intelligence community.

Per @maggieNYT and @jmartNYT: Biden “has no plans to remove Christopher Wray, the F.B.I. director installed by President Trump, if he is still in the job when the new administration comes in.” https://t.co/lxw0pWBWks