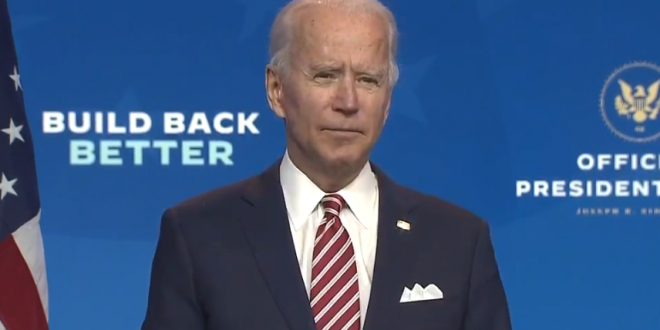 President-elect Joe Biden on Monday accused President Trump and his political appointees of obstructing the transition of power to his incoming administration, particularly on national security issues, an escalation in tone after reports of isolated difficulties in the transition process last week.

In remarks from Wilmington, Del., Biden specifically called out the Office of Management and Budget and the Defense Department as agencies where his transition team had encountered “roadblocks” from political leadership. Biden’s remarks came shortly after he attended a briefing with nearly two dozen of his national security advisers.

“Right now, we just aren’t getting all the information that we need from the outgoing administration in key national security areas. It’s nothing short, in my view, of irresponsibility,” Biden said of the resistance his teams were facing.

We’ve never had a president-elect accuse a sitting president of sedition before – but now’s an appropriate time. https://t.co/IvBTMU2BNv