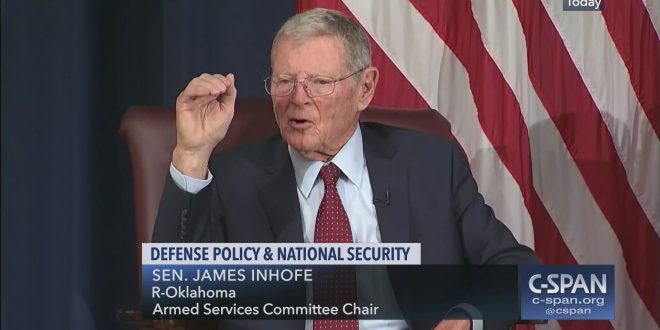 A fallout between President Trump and Sen. Jim Inhofe (R-Okla.), chairman of the Senate Armed Services Committee, led to the breakthrough that resulted in the Morocco-Israel normalization deal, sources briefed on the matter told me.

Inhofe is Washington’s most avid supporter of the Polisario Front — a Sahrawi rebel national liberation movement aiming to end Moroccan occupation of the Western Sahara. He has travelled many times to Algeria for meetings with Polisario leaders.

Trump decided to pull the trigger on the Morocco deal when Inhofe failed to deliver on two of his top priorities: Repealing Section 230 and blocking the renaming of military bases named after Confederate generals.

Trump aides in favor of the Morocco deal, including son-in-law Jared Kushner and chief of staff Mark Meadows, saw this rift as an opening to get the president to sign on after years of lobbying.

Today, I signed a proclamation recognizing Moroccan sovereignty over the Western Sahara. Morocco's serious, credible, and realistic autonomy proposal is the ONLY basis for a just and lasting solution for enduring peace and prosperity!