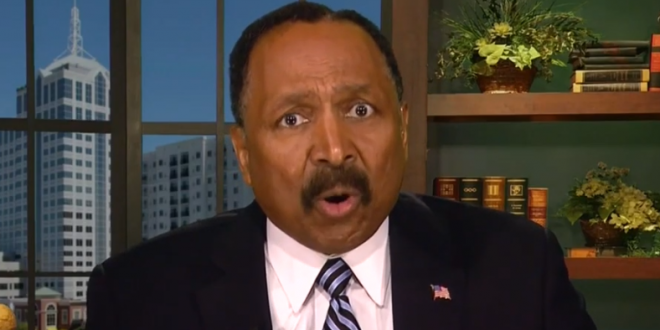 Anti-LGBT Activist: If You Vote For “Those Two Clowns” In Georgia, You May As Well Just “Spit In Jesus’ Face”

“The Bible makes clear, ‘The fool has said in his heart there is no God,’ and these two are both imbued with Marxist ideology.

“Of course, I’m opposed to them. Of course, I don’t want them to go to the U.S. Senate.

“They don’t need to be there. So you all pray for me that we’ll be successful in alerting, awakening Black Christian voters in Georgia of just how evil the two candidates are that are running for the Democrat Party.

“And if you vote for them, you just might as well vote against God, because that’s what it boils down to.

“If you vote for Warnock or Ossoff and you claim to be a Christian, you really just might as well spit in Jesus’ face, because they both have done that.” – E.W. Jackson, his radio show.