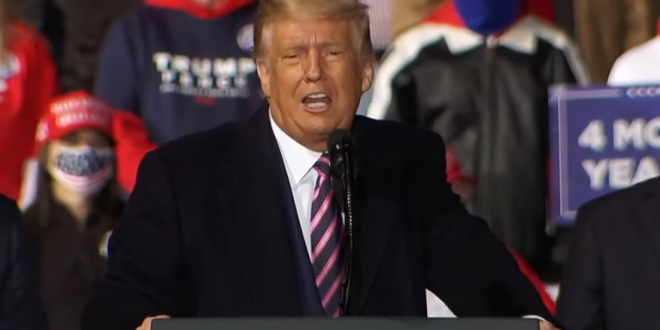 The latest Economist/YouGov Poll reflects the slow pace of the transition: like their President, most of those who voted for him reject the election results and the transition. Only 15% of Trump voters view Biden as being legitimately elected. The rest, 85%, claim he did not legitimately win.

Most Trump voters don’t want to see the Administration cooperate with the President-Elect: they reject any concession from the incumbent President, don’t want the government to start transition activities or give the Biden team access to intelligence briefings.

Only one in five of those who say they are “upset” about a Biden Presidency – 70% of all Trump voters – think or admit his inauguration will happen. Most of those who are not upset say it will. Many in both groups confess they aren’t sure. 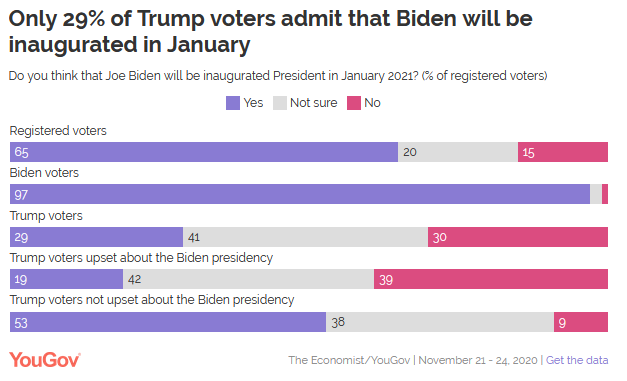