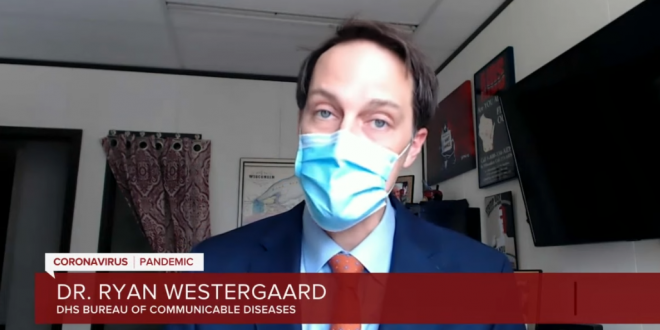 A top health department official in Wisconsin says that the state is nearing a point at which some patients who need lifesaving care will be unable to receive it due to overcrowding in hospitals resulting from the COVID-19 outbreak.

Ryan Westergaard, chief medical officer for the Wisconsin Department of Health Services, said during a discussion hosted by Wisconsin Health News that the state was nearing a “tipping point” in terms of the number of hospitalizations caused by the virus that could result in hospitals being overwhelmed.

“In terms of the number of cases we’re finding, this is as bad as that early, severe wave in New York City,” Westergaard said. “We’re very close to a tipping point, and I think right now all the hospitals are strained.”