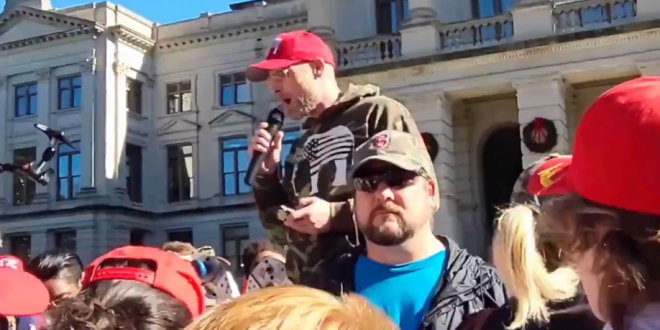 Alt-right Youtuber Vincent James declared, in a video posted to Twitter on Saturday, that GOP Governor Brian Kemp is a “traitor” over failing to speak up about alleged widespread voter fraud in his state.

James, alongside fellow white nationalist “groypers” lead by “Unite The Right” neo-Nazi rally attendee Nick Fuentes  [second video below], have been in Georgia since Thursday protesting the election results – which were certified on Friday night.

Trump supporter who looks like a small child cries about Fox News being too liberal pic.twitter.com/WHSPXLgvf6