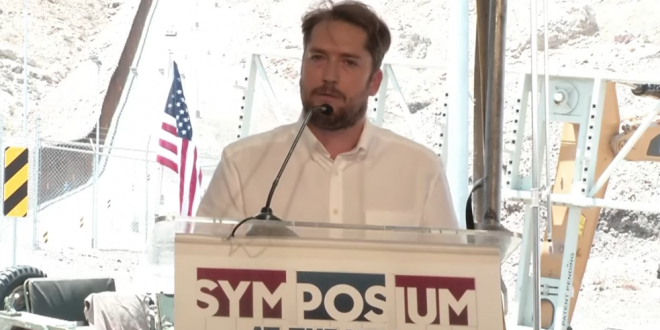 WH Under Fire For Appointee To Holocaust Commission

The White House drew criticism from a prominent Jewish group on Wednesday, a day after it appointed a speechwriter it fired for attending a gathering with white nationalists to a commission that helps preserve sites related to the Holocaust.

Darren Beattie, who was fired in 2018, was appointed to the Commission for the Preservation of America’s Heritage Abroad for a three-year term that will last into the next administration.

Mr. Beattie’s dismissal followed the revelation that two years earlier he had appeared on a panel with Peter Brimelow, the founder of the anti-immigrant site VDare, which the Southern Poverty Law Center has labeled a “hate website.”

Read the full article. In the video below, Beattie speaks at an event for the scam “We Build The Wall” project.

We are calling on @POTUS to immediately rescind the appointment of Darren Beattie to the Commission for the Preservation of America’s Heritage Abroad. Beattie attended an event and participated on a panel with white supremacists. Full statement: https://t.co/R68Yb6NLxw

Very proud to have the talented Dr. Darren Beattie helping our team as a Special Advisor for Speechwriting. Welcome on board!