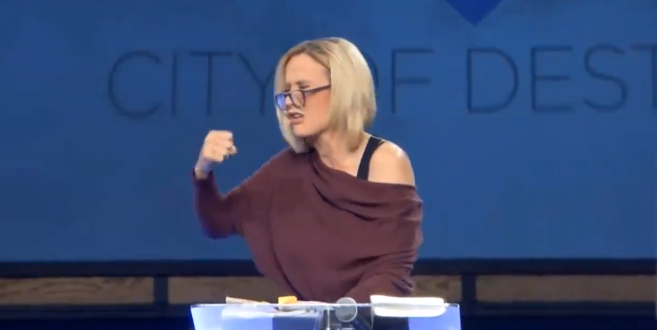 Perhaps the most extraordinary effort to turn the tide back in Mr Trump’s favour has come in Orlando, Florida, where the president’s spiritual adviser, Paula White, led a marathon prayer service at the New Christian Destiny Centre, calling on the almighty for divine intervention in the presidential race.

In a video widely circulated on social media by Right Wing Watch, the “prosperity gospel” pastor can be seen denouncing the “demonic confederacies” working against Mr Trump and declaring that “angels from Africa, from South America” are coming to his aid.

The speaking in tongues! Watch it all!

Paula White battles the “demonic confederacies” that are attempting to steal the election from Trump. pic.twitter.com/Bt3BJOkJIV