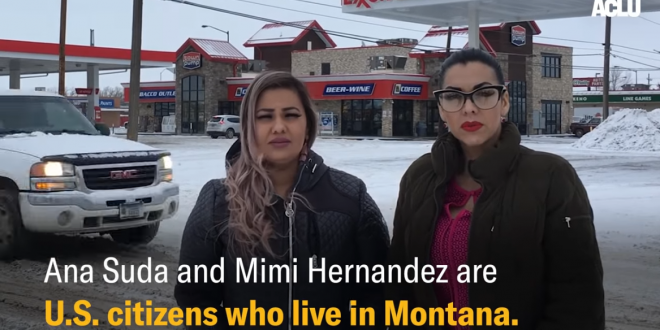 US Settles With Citizens Detained For Speaking Spanish

A pair of American women detained by a U.S. Customs and Border Protection agent after they were overheard speaking in Spanish at a Montana convenience store have reached an undisclosed settlement in their lawsuit against agency, the ACLU announced.

Ana Suda and Martha “Mimi” Hernandez were out buying groceries in the city of Havre, a small town about 35 miles from the Canadian border, when they were approached by Agent Paul O’Neal the night of May 16, 2018.