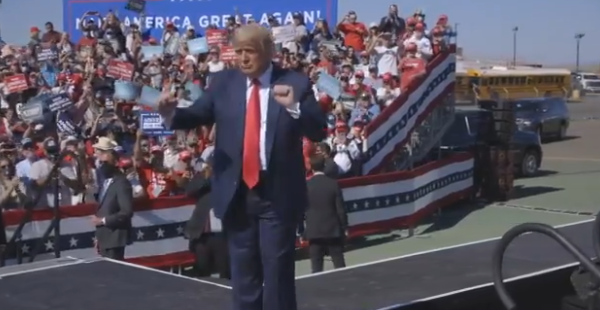 President Donald Trump’s closing argument in his bid for presidential reelection appears to be a two-plus minute montage of dancing to The Village People’s YMCA. That’s it. That’s the tweet. Trump added his own message of “VOTE! VOTE! VOTE!” to a video credited to the self-described “Digital Graffiti” artist and Twitter user Som3thingwicked.

Future historians will almost certainly point to this tweet as evidence of a remarkable disconnect between the Commander in Chief joyfully dancing. At the same time, a pandemic has taken the lives of over 230,000 American lives amid throngs of supporters joyfully ignoring public safety guidelines of social distancing and mask-wearing.