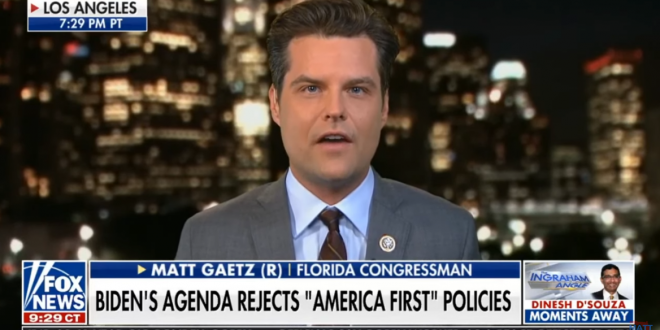 President Donald Trump has shared a call from his ally Rep. Matt Gaetz (R-FL) to consider granting a pardon to himself.

After he detailed the full pardon of former National Security Adviser Michael Flynn on Wednesday, Trump retweeted a number of posts, largely related to claims of election fraud as he persists with his action against the election outcome.

Among posts he shared was a call from Gaetz made prior to Flynn’s pardoning, which had encouraged the president to carry out this action.

President Trump should pardon Flynn, the Thanksgiving turkey, and everyone from himself, to his admin, to Joe Exotic if he has to.

The Left has a bloodlust that will only be quenched if they come for those who fought with @realDonaldTrump to deliver for the American people. pic.twitter.com/wdTfu3Xwmp