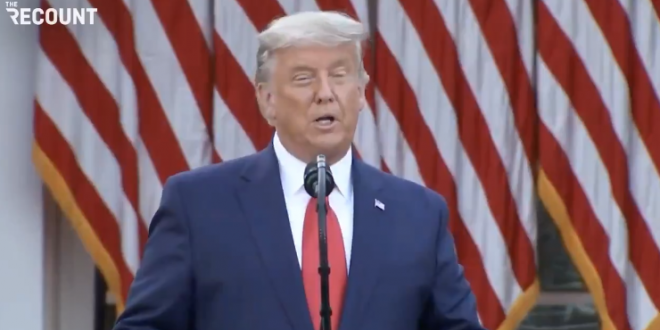 Trump: No COVID Vax For NY Until Cuomo Says So

President Donald Trump said Friday that the U.S. government would not deliver a coronavirus vaccine to New York if and when one is available.

New York Gov. Andrew Cuomo “will have to let us know when he’s ready for it because otherwise, we can’t be delivering it to a state that won’t be giving it to its people immediately,” Trump said during a press conference from the White House Rose garden. “He doesn’t trust where the vaccine is coming from,” Trump added.

“These are coming from the greatest companies anywhere in the world, greatest labs in the world, but he doesn’t trust the fact that it’s this White House, this administration, so we won’t be delivering it to New York until we have authorization to do so and that pains me to say that.”

Trump says the vaccine will be available by April nationwide, with some exceptions: “We wont be delivering it to New York until we have authorization to do so and that pains me to say that.”