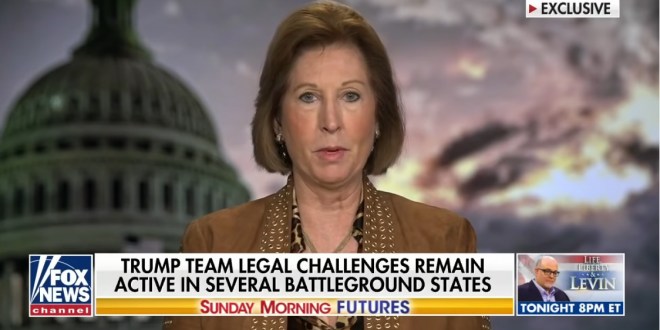 Sidney Powell went on an evidence-free tangent on Fox Business which included her claiming that the CIA is involved in the supposed election fraud that caused President Donald Trump to lose the 2020 election.

“Well, I’ve got lots of ways to prove it, Maria but I’m not going to tell on national TV what all we have. I just can’t do that,” Powell answered.

“Why Gina Haspel is still there in the CIA is beyond my comprehension,” Powell said. “She should be fired immediately.”

“We’re collecting evidence now from various whistleblowers that are aware of substantial sums of money being given to family members of state officials who bought this software.”

“Nobody in our government has paid any attention to it, which makes me wonder how much the CIA has used it for its own benefit in different places.”