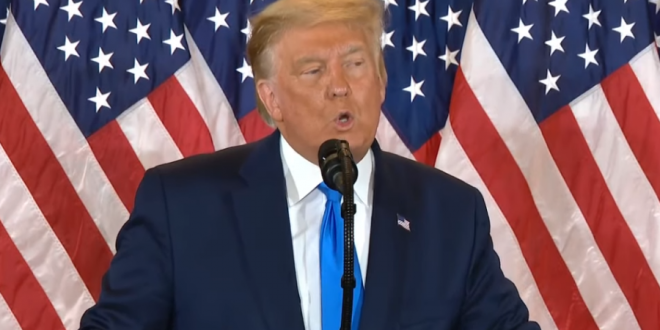 The Associated Press has not declared a winner in Pennsylvania and other battleground states, which will continue counting ballots over the next several days.

Trump appeared before supporters at the White House early Wednesday morning and cried foul over the election results, calling the process “a major fraud on our nation.” But there’s no evidence of foul play in the cliffhanger.

No, Trump has not already won the election, and it is deeply irresponsible for him to say he has.

Rick Santorum: “I was very distressed by what I heard POTUS say … the idea of using the word ‘fraud’ being committed by people counting votes is wrong … they are not stopping counting because they are trying to fix anything or create any sort of fraud.” pic.twitter.com/z69YVsFSqm

“I disagree with what he did tonight.” https://t.co/GwwRl4EUb3 #ElectionNight pic.twitter.com/PGborH5sCH

Media: @Acosta to @jaketapper: “Our founding fathers are probably rolling in their graves right now. They did not envision an American president delegitimizing an election. That’s what @realDonaldTrump did a few moments ago. It’s historic and it’s historically awful.” pic.twitter.com/fYGhjpcxbw

Jake Tapper: “He did not win. He has not won… Almost everything he said in his declaration of victory was not true.” https://t.co/23KQFXsySg