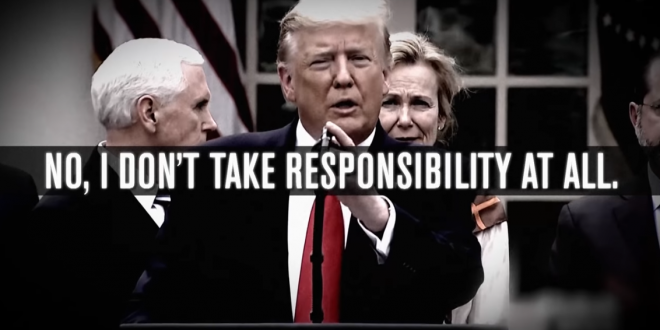 With the election over, President Donald Trump’s campaign is giving up on its defamation lawsuit against a tiny TV station in northern Wisconsin for an ad it ran by a liberal group.

The campaign agreed to drop the case Friday in a court filing it made in conjunction with Rhinelander’s WFJW-TV and Priorities USA, the Democratic super PAC that created the ad at the heart of the case.

U.S. District Judge William Conley never ruled on the merits of the case, and on Friday all sides told him they wanted the case dismissed. The filing came less than two weeks after the Republican president lost the election to Democrat Joe Biden. The ad showed Trump appearing to say, “The coronavirus, this is their new hoax.”