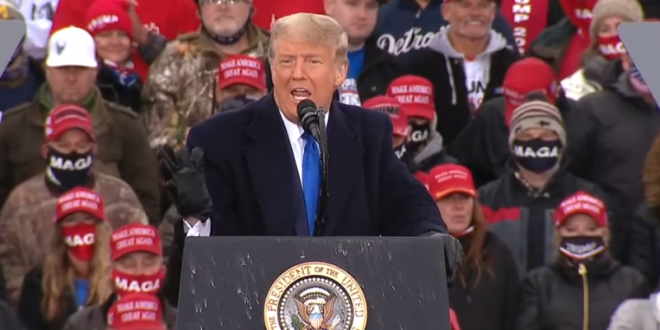 President Donald Trump’s rally in Butler, PA had a chilling ending — literally — with thousands of the president’s supporters left stranded in the dark and cold, waiting for almost two hours for buses to take them back to their cars. And it wasn’t the first time this had happened.

A similar scene had unfolded Tuesday night at a Trump rally in Omaha, Nebraska, when Trump finished his speech and his supporters were left behind.

The shuttles that had brought them from distant parking lots were no longer running, and the campaign had failed to arrange for adequate number of buses. Spending hours in frigid temperatures sent several people to the hospital and others received medical treatment at the scene.

Trump has finished and left, but there’s thousands of supporters who have been let loose into the night with no sign of the shuttles they’ve been told will take them back to parking. People are filling the street, blocking the road for ambulances and police. pic.twitter.com/uMgfvUZ4Jg

And another Trump rally ends with a massive logistical nightmare attempting to get thousands of people back to their cars to go home. Currently no busses in sight. It is 41°. pic.twitter.com/BJjsP9Ev1R