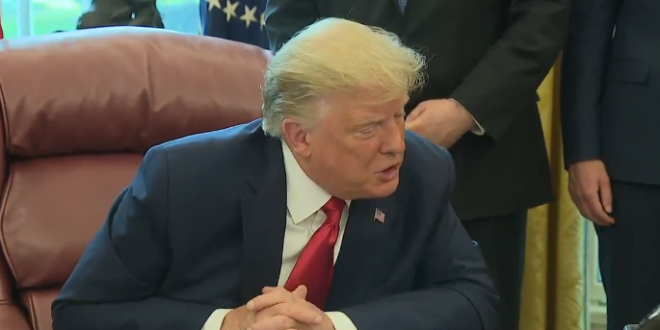 Trump Calls Into PA Senate Hearing To Fume And Lie

President Donald Trump on Wednesday phoned into a Pennsylvania state Senate hearing where his legal team was appearing as part of their shriveling legal battle against the election results. After calling his lawyers in the middle of the hearing — held at the Wyndham Hotel in Gettysburg, Pennsylvania — Trump launched a breathless, 10-minute long rant about election fraud during which he surfaced many his familiar false claims about dead people voting, illegal ballots, Democrats’ corruption and more.

“We have to turn the election over, because there’s no doubt we have all the evidence, we have all the affidavits, we have everything,” he said, providing no evidence of his various allegations. “All we need is to have some judge listen to it properly without having a political opinion or having another kind of a problem, because we have everything and, by the way, the evidence is pouring in now as we speak.”

Trump lawyer Jenna Ellis, sitting next to Rudy Giuliani, holds her phone up to the mic as the outgoing president spouts lies on speakerphone to the Republican hearing in Pennsylvania that will not change the election outcome.

Legal adviser Jenna Ellis is now holding up her phone to the mic so President Trump can address the hotel room of Republican Pennsylvania lawmakers on speakerphone. pic.twitter.com/YX7Pt5gjcq

“I want to thank @RudyGiuliani for having the courage to do this,” @realDonaldTrump said via speakerphone, adding that the former New York mayor’s work on his behalf “is going to be your crowning achievement.” https://t.co/aEMzFgckB2 via @politico

Trump Complains On Speakerphone To PA GOP That No One Will ‘Overturn’ Election For Him https://t.co/Os4Fk1ODcp pic.twitter.com/WJtraYt2Z7