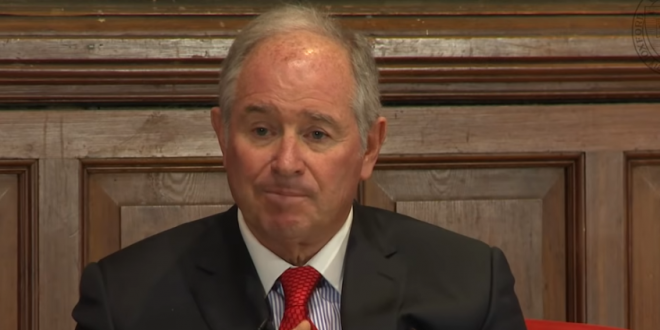 It’s over. That’s what Blackstone chairman, CEO and co-founder Steve Schwarzman — one of President Trump’s most loyal allies — and other top Republicans are signaling to the defeated president, 16 days after Joe Biden clinched the win.

Why it matters: It’s all theatrics now. Even if Trump doesn’t move on fast, you can. It is safe to ignore the fearful Republicans who insist the process is legit and plausible, because they tell us privately it is not.

“I’m a fan of good process,” Schwarzman said. “In my comments three days after the election, I was trying to be a voice of reason and express why it’s in the national interest to have all Americans believe the election is being resolved correctly. But the outcome is very certain today, and the country should move on.”

Previous Trump To Veto Defense Funding Bill Over Base Names
Next WI Trump Lawyer Voted Illegally, Per His Own Lawsuit