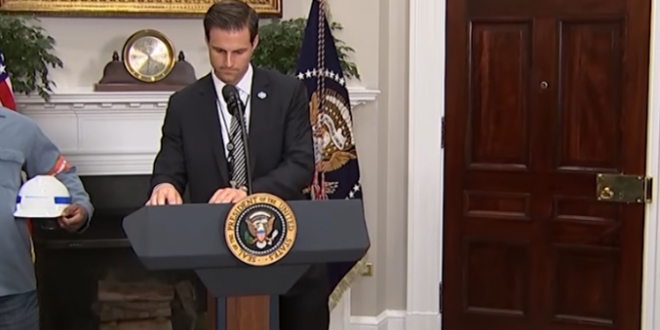 Over the past week, President Trump has axed his defense secretary and other top Pentagon aides, his second-in-command at the U.S. Agency for International Development, two top Homeland Security officials, a senior climate scientist and the leader of the agency that safeguards nuclear weapons.

Engineering much of the post-election purge is Johnny McEntee, a former college quarterback who was hustled out of the White House two years ago after a security clearance check turned up a prolific habit for online gambling. A staunch Trump loyalist, McEntee, 30, was welcomed back into the fold in February and installed as head of personnel.

Since the race was called for President-elect Joe Biden, McEntee has been distributing pink slips, warning federal workers not to cooperate with the Biden transition and threatening to oust people who show disloyalty by job hunting.

A plot line any self-respecting editor would reject: McEntee, “a former college QB who was hustled out of the WH 2 years ago after a security clearance check turned up a prolific” online gambling habit oversees firing those insufficiently loyalty to Trump. https://t.co/o0YqacL83f