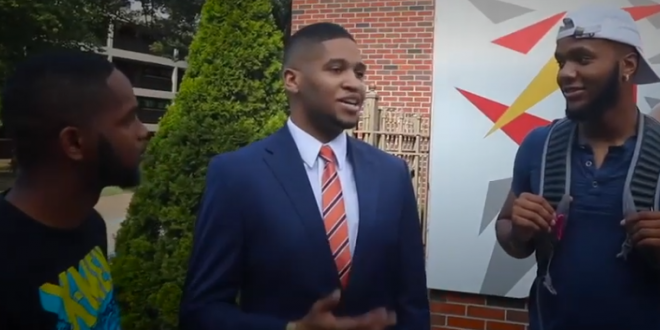 Two new state legislators made history with their wins by becoming the first openly LGBTQ politicians to serve in the Tennessee General Assembly. Until Tuesday night, Tennessee was one of just five states in the country to have never elected an openly LGBTQ person to the state legislature.

Democrat Torrey Harris [photo] and Republican Eddie Mannis won their elections and will now be Tennessee state representatives. Harris will represent a Memphis district and Mannis will cover a Knoxville district.

They will be coming to Nashville soon to start their official business. “I hope to be someone that you look to as a real representative. Somebody who will listen, empower, not just some but all Tennesseans in all the state,” said Harris.

Torrey Harris is Tennessee’s first openly LGBTQ lawmaker and the state’s youngest after winning House District 90. Harris wore a suit with the names of Black lives killed by police when he took the stage for his victory.

Thank you District 18! I look forward to representing each and every one of you in Nashville. pic.twitter.com/popz8YPQLS