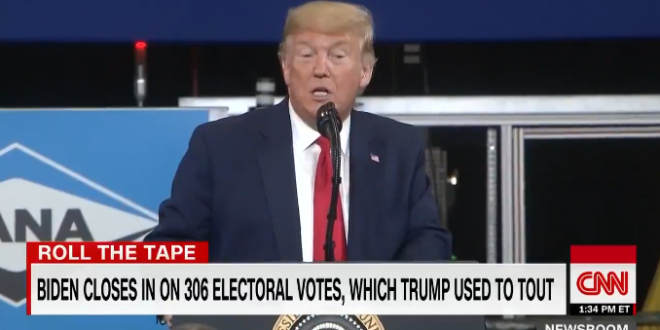 In many, many public appearances and campaign events in the past few years, Trump would fire up the audience by talking about that stunning election night and recounting in detail how he won some key states that shocked the media.

After CNN called the Georgia race on Friday, Brianna Keilar ran a montage of all the times Trump talked about his victory as a landslide and a ‘shellacking,” given how it looks like Biden won with the same exact result.