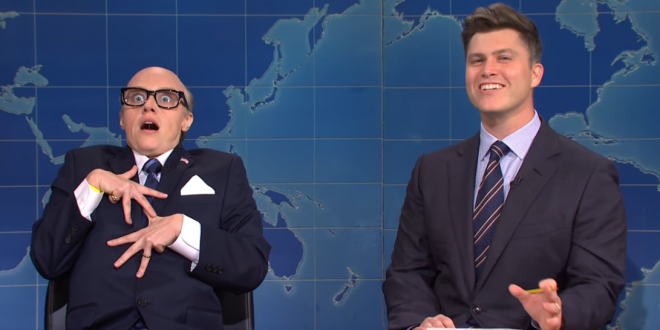 “Did you see my press conference today?” McKinnon’s Giuliani greeted Update co-anchor Colin Jost. “It was at the Four Seasons. Fancy!” Neither performer could keep a straight face through the conversation, which is forgivable as it may not be possible to do anything but reflexively erupt with giggles when it comes to the topic of the Trump campaign damage control press conference accidentally booked in a landscaping company’s parking lot.