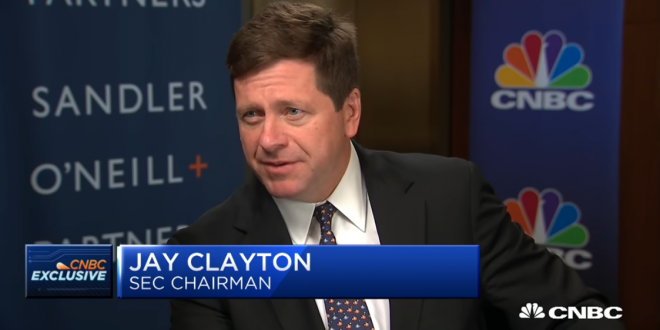 SEC Chair To Step Down Ahead Of Biden Changeover

Jay Clayton, who has led the Securities and Exchange Commission for the past three and a half years that included a number of major changes in financial markets, said Monday he will step down at the end of the year.

“Working alongside the incredibly talented and driven women and men of the SEC has been the highlight of my career,” Clayton said in a statement. His term would have expired in June 2021.

SEC chairs traditionally step down when an administration ends, and Clayton’s resignation comes two months before Joe Biden will take over as president. Potential successors at the agency include form Manhattan U.S. Attorney Preet Bahrara.