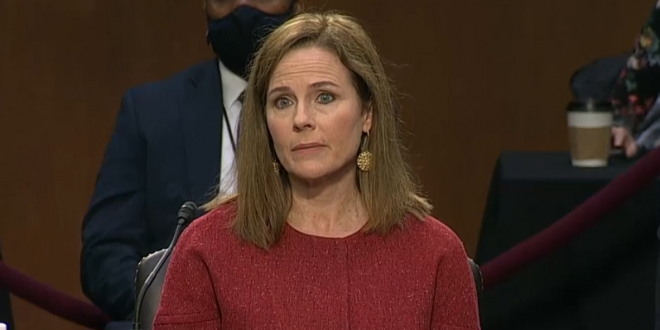 In a case pitting LGBT rights against religious rights, the U.S. Supreme Court on Wednesday is set to hear arguments in a dispute over the city of Philadelphia’s refusal to place children for foster care with a Catholic Church-affiliated agency that excludes same-sex couples from serving as foster parents.

It will be the first major case to be heard by President Donald Trump’s conservative appointee Amy Coney Barrett, who was confirmed to the court last week and participated in oral arguments for the first time on Monday.

The nine justices will hear arguments in an appeal brought by Catholic Social Services, part of the Archdiocese of Philadelphia, which accused the city of violating the U.S. Constitution’s First Amendment rights of freedom of speech and religion.

There are basically two legal questions before the Supreme Court. First, whether Philadelphia’s decision not to renew one of its contracts with CSS violates the First Amendment guarantee to the free exercise of religion.

Second, the city has refused to renew the $2.9 million contract for future home foster care placements by CSS. As the city sees it, CSS has violated the terms of its contract by its policy of refusing to consider same-sex married couples for placement.

In 1990, the Supreme Court ruled that when the government has a “generally applicable” law or regulation and enforces that law neutrally, the government’s action is presumptively legitimate even if it has some “incidental” adverse impact on some citizens.

The U.S. Supreme Court will hear arguments today in a potentially pivotal case that pits the rights of one city to enforce its anti-discrimination policies against the rights of religious groups. https://t.co/mIUw5BpWDr