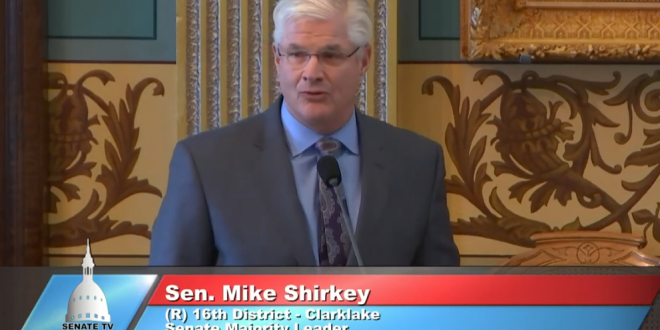 Republican Michigan Senate Majority Leader: Joe Biden Won And He Will Be Awarded Our State’s 16 Electors

Democrat Joe Biden is the president-elect, and while Michigan’s Republican-led Legislature is investigating the election, it will not award the state’s 16 electors to GOP President Donald Trump, Senate Majority Leader Mike Shirkey told Bridge on Tuesday.

Hundreds of activists who protested at the Michigan Capitol on Saturday repeated the president’s unproven claims of widespread voter fraud, urging lawmakers to “stop the steal” by choosing their own pro-Trump representatives to the Electoral College.

Conservative groups have also started phone and letter-writing campaigns in an attempt to persuade legislative Republicans to decide the election for Trump. “That’s not going to happen,” Shirkey, R-Clarklake, said in a wide-ranging interview with Bridge Michigan.

Previous Trump Campaign App Tracked Movements Of Users
Next Creationist: God Gave Us All A Nasal Bone Because He Knew, Because Of Sin, We Would Need To Wear Glasses