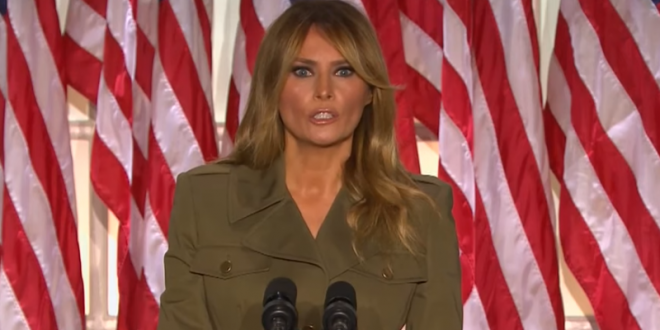 First lady Melania Trump said she wanted to light up the White House in rainbow colors for LGBTQ Pride Month in June, but the plan never came to fruition at a time when Mark Meadows as chief of staff played a role in blocking any sign of solidarity with the LGBTQ community, according to two Republican sources familiar with her plans who spoke exclusively to the Washington Blade.

Meadows had a significant role, one Republican source said on condition of anonymity, in ensuring the Trump White House ignored Pride Month, which is why President Trump didn’t send out a tweet to recognize the annual LGBTQ celebration as he did in 2019. It wasn’t immediately clear whether Meadows weighed in specifically on shutting down the rainbow lighting proposal at the White House.

Read the full article. Early this month Melania recorded a video for the Log Cabin Republicans in which she laughably claimed that Trump is fully supportive of LGBTQ rights.

Previous Trump Discussing Pardons For Flynn And Others
Next Joe Biden On Investigating Trump: I Won’t Do What He Does And “Use The Justice Department As My Vehicle”