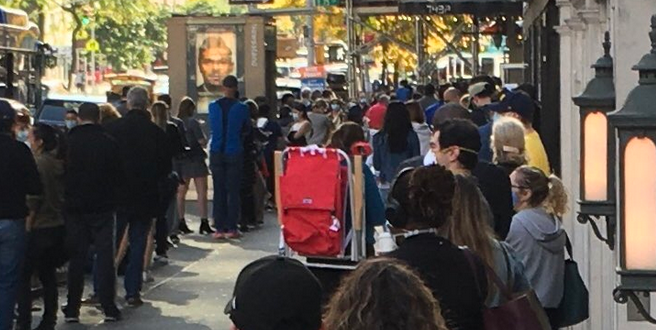 More than 95 million Americans had cast their votes in the 2020 presidential election by Monday, according to a tally by the U.S. Elections Project at the University of Florida, a harbinger of what is expected to be the highest turnout of modern times.

Just a day before Election Day, the record-breaking number is equal to 69% of the entire voter turnout for the 2016 election. Experts predict turnout will easily surpass the 138 million who voted in 2016.

A sharp increase in mail-in and early in-person voting was largely prompted by the coronavirus pandemic, which has killed more than 230,000 people in the United States and continues unabated in many U.S. states.