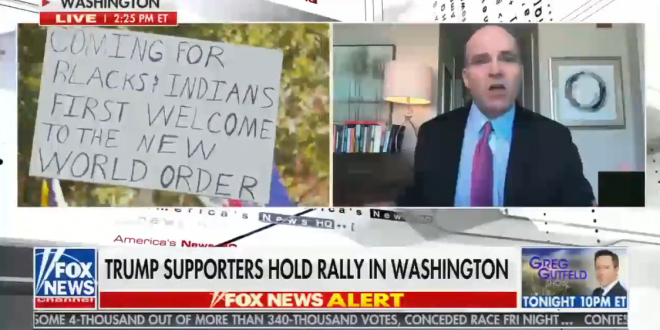 A Fox News anchor briefly paused mid-segment on Saturday after a sign carried by a demonstrator at the so-called “Million MAGA March” in Washington, D.C. appeared on the screen bearing a racist threat. Fox anchor Eric Shawn broke from his conversation with a Republican strategist to say, “We’ve just seen a very disturbing sign. It said, ‘Coming for Blacks and Indians first welcome to the New World Order.’ Who the hell knows, you know, what people have and what they say on these things?”